At the end of June, we had to say good-bye to our Great Dane, Duece. He was 9 years old and having hip problems, eating problems and all kinds of other problems. He would constantly fall and trying to pick up a dog bigger than you was no easy task. He would spend endless nights just staring at me while I was sleeping and whining. We had to stop his suffering. 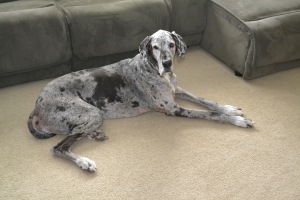 But now we were left with just a toy poodle and an old, fat cocker spaniel to protect our homestead. Having Duece gave us peace of mind because everyone was scared of him. And I had been wanting a puppy that I could train to be with my chickens and whatever other livestock I get. My other dogs would bark and chase after them. I had been looking for months but couldn’t decide what I wanted.

And then almost a month after we said good-bye to Duece, we met Harley. 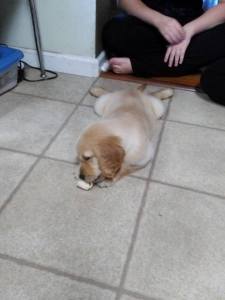 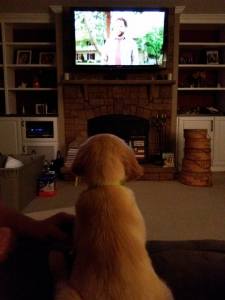 He is a Golden Retriever. He was 8 weeks old when we got him. This dog is playful, crazy and really smart. He learns very quickly. And half the time he learns it on his own without any training. He is really good with my kids. Especially Dakota, who goes around calling him his little brother.  But he grew so fast. One minute he was this little cute puppy to this big 40lb, thinks he needs to be in Mama’s lap, dog. And he is only 5 months old! 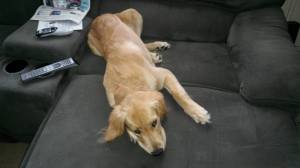 He knows Mama will protect him when he is scared, but he also knows Mama is the disciplinarian. He is also very well-trained to protect considering he almost ripped my hubby’s lip off. He still doesn’t have any feeling in it. But hey, like I told Hubby, you shouldn’t be messing with my puppy. Lesson learned!

He is really curious about my chickens. He wants to go in with them, but has never chased or barked at them. He actually wants to play and eat their food. Never even touches the chicken poop. Which from what I read is a miracle because most dogs think it’s better than caviar!

So I think we have found our perfect farm dog. Introducing Harley the farm dog.

This post is part of the Simple Homestead Blog Hop.

Welcome to my wonderful, crazy life! Let me show you! 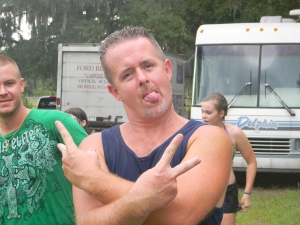 This is my wonderful hubby striking a pose. He does this all the time during pictures!

This is what happens when you give a homeschool kid a week off. They become bored and do crazy things. Not sure if the picture shows it well but she wrapped string through things and under things around her whole room. She wanted to know what a spider feels like. This is her embarrassed look because Mom is taking a picture. 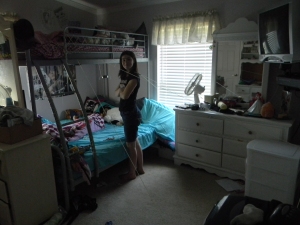 The stare down between a girl and her pup! 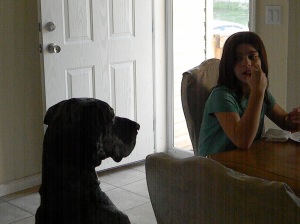 Now for those of you that have owned a Great Dane you know they are not the brightest crayon in the pack! No? Oh well it’s just mine then! Here’s is our dog Duece re-enacting the movie Shrek. 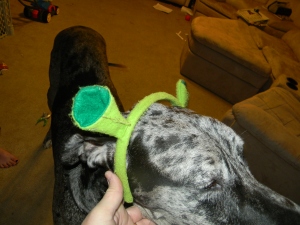 Finding out his family was captured…. 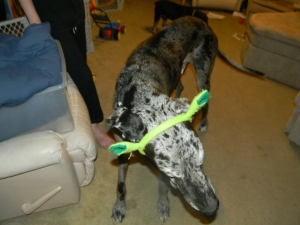 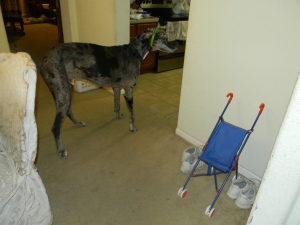 and takes off after them! 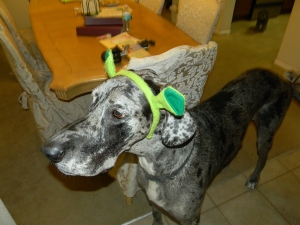 He sees them! HOORAY!