Let me start by saying I am by no means an expert. This is my first year raising chickens. But in that years time, I have learned a lot.

I got 12 chicks total. Not knowing what they were; male or female. Two didn’t survive and I was left with 10 that thrived.

Our first confirmed male, Speckles, got rehomed really quick because he was beating up my girls pretty bad. That is something you don’t want. You want your girls relaxed and comfortable and safe in their home so they can lay eggs comfortably. Under the constant stress, the chances of eggs go down. They will not lay to their full potential, which I know for most folks is the whole purpose of owning chickens. Plus beating up my baby girls to point of drawing blood was not cool with me.

Here are my 2 roosters that I have left. 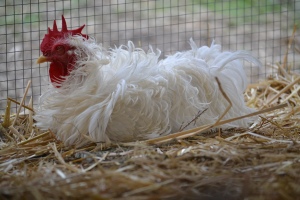 Pros of having a rooster:

Cons of having a rooster:

Now the next reason can be a pro or con depending on the type of person you are. I personally love to hear them crowing. But others might not. I will say mine start between 4-5 am. BUT I can’t hear them in my room and neither can my kids. So it doesn’t bother us. Others might not be so happy with that.

While most people would say eat them. I am not that brave or experienced yet in butchering one of our own chickens. And I highly doubt that I can find someone to come out and butcher just one. I am not at all against it. I am hoping to add some meat birds later on down the road. But one step at a time. If you are experienced or knows someone who is, then butchering could be an option for you.

I am on the fenced about getting rid of Lil Baby. He is the trouble maker and he is the one that dislikes my daughter. She loves being with them. So most likely I am going to try to trade or sell him.

So my conclusion is a rooster is not necessary, but some people like them while others don’t. I don’t see Ninja going anywhere. He is the sweetest little thing I have ever seen. So much smaller than a normal rooster; probably a bantam. And just keeps to himself and treats the girls very nicely. I most likely won’t have fertilized eggs anymore, but that is a price I will pay. I can always order more chicks or go to local feed store! 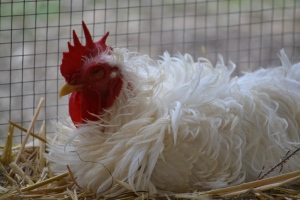 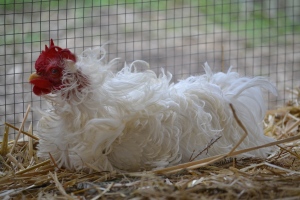 4 thoughts on “Roosters~love them or eat them”