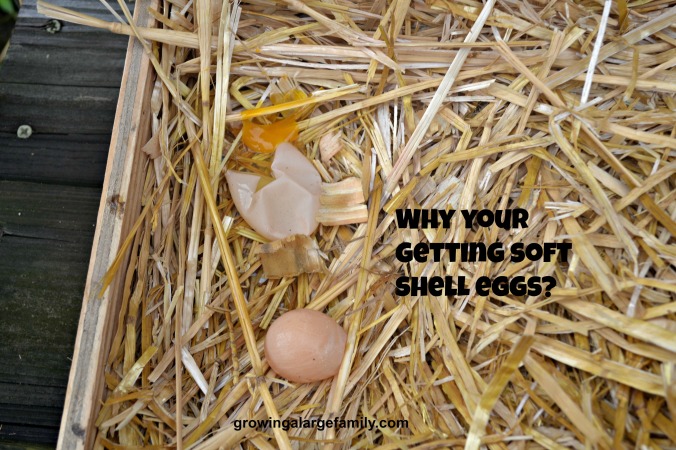 When I first thought of getting some chickens many years ago, I thought oh it’s easy, throw some food, give them some water and collect eggs. OH BOY! Was I naive!?

After 2 of my babies died, I realized there is a lot more to it to keep your flock healthy and happy. So many things could go wrong! I decided that I wanted to raise them as naturally as possible. Using no antibiotics, unless as a last resort, and trying all holistic methods. We also switched to Organic feed. Because if we are going to do it naturally then go all the way!

When my girls started laying, it was so exciting! I had one start, then a few days later I would have 2 laying and so on. But then one day, I found this in the nesting box. Two eggs laid by the same chicken (I know this because I only had 1 more to start laying at the time), but both eggs had soft shells. One would always be broke and the other intact, but squishy.

Let me start by saying I flipped out when this happened.

But then my quest for knowledge started and I was determined to find out why my chicken was laying these no shell eggs. My hubby looked it up right away the first time and said it can be common in new layers. I accepted that and moved on with my week.

3 weeks later I was still getting them here and there, so to the internet I went.

After much research and question asking on forums, I came to the conclusion that it was probably lack of calcium. She is a little low in the pecking order, so maybe the higher ups were keeping her from getting the oyster shell she needed. She just needed a little help.

I bought plain organic yogurt and took some of the egg shells from some eggs I used up and made an egg laying soup. My chickens actually hates oyster shells. I have never seen them touch the stuff. I still offer it but also offer monthly crushed egg shells.

Now the rules for giving chickens egg shells for calcium:

Use your food processor (warning: the egg shells will smell YUK!) and then add the amount of yogurt you think would feed your flock. I use one of the small cups or 1/2 of a bigger container. 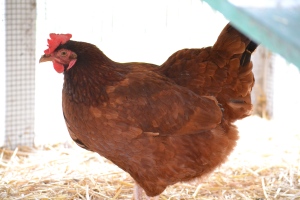 Now I did say that Nutmeg was low on the pecking order so I put down one dish on one side of the run for the higher ups. And because Nutmeg is a little spoiled, she knows to follow me because I will let her eat out of the bag of worms or container of food where no one can bother her. I knew she would get her fair share from the second bowl on the other side before the others discovered it.

I have to say I really think it worked. We have had no problems since. And I do this about once a month just to make sure everyone is getting their calcium fix.

This post was part of the blog hop on Oak Hill Homestead, Simple Life Mom, Timber Creek Farmer and The Chicken Chick.

2 thoughts on “Why you’re getting soft shell eggs”